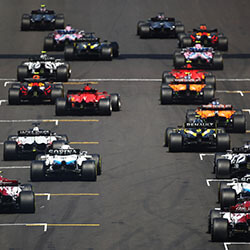 F1 sprint races could soon be a thing of the past due to a low budget cap in the sport.

While Formula One CEO Stefano Domenicali and motorsport MD Ross Brawn are eager to increase the number of rounds part of the shorter format, several teams, including Red Bull, Ferrari, and Mercedes, have said this will only be practical in the event of a larger budget cap.

The current cap is set at £103 million per team, per year.

The FIA, which is the sport’s governing body, has said it isn’t willing to accommodate the demand for a higher cap. As such, a compromise has now been made to run sprints at only three of the 23 Grand Prix events. The hope however remains that the number of sprints will be increased next year.

According to McLaren chief executive Zak Brown, not everybody has been able to justify the request for an increased budget cap. He said when the matter was first raised, one particular team wanted a whopping £3.7 million budget cap increase. When asked to explain the reasoning behind the request, the response had reportedly been that this money was to act as a safety net for unexpected expenses throughout the F1 season.

The topic of budget will be discussed further at the F1 Commission on Feb. 14. The new Formula One season gets underway on March 20, in Bahrain.

F1 will also be discussing the possibility of an increase in points awarded to drivers during sprint races.