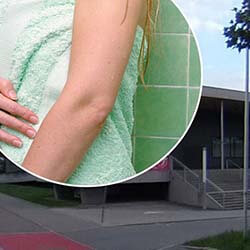 German police have launched an investigation after two hidden cameras were found inside the locker room of a top women’s handball team.

The cameras were found earlier this week, confirmed a spokesperson for Bundesliga team TuS Metzingen. According to the team, an unnamed individual who acted as support staff for the team is being treated by police as the main suspect. This person’s employment with the club has reportedly now been terminated.

Commenting on the matter also had been team manger Ferenc Rott. According to Rott, the team isn’t about to allow the incident to derail or get it down in any way. Rott said much support had been received from the German association of handball, fellow teams, and the police. He added that the situation had made for a challenging team for everybody involved with the team.

German’s women’s handball Bundesliga issued a statement commenting on the matter earlier this week. The league expressed shock at the discovery. It added that it wished to strongly condemn the sort of behaviour responsible for the placing of the illicit cameras.

But this isn’t the first time an incident of this nature had taken place within the league. A similar situation unfolded last year when three cameras were found in the locker room of HL Buchholz 08-Rosengarten. According to the league, police and internal investigations into that particular incident remain ongoing.