Will Magnay Needs To Navigate Bullets Contract To Join Perth 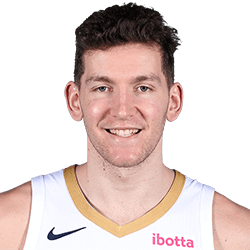 After leaving the New Orleans Pelicans last year, the Brisbane Bullets signed a contract giving them the rights to Will Magnay. Now, as he seeks to join the reigning champions, he needs to receive clearance from the Bullets to switch teams.

The contract requires a buyout figure that will allow Magnay to sign with another NBL team. Management is currently discussing the potential buyout, which could allow Magnay to finish the NBL season with the Wildcats. He will also be given the opportunity to prepare for the Olympics.

Magnay is currently in quarantine after arriving in Sydney following his stay in America. He should be out of quarantine in time to debut as Perth takes on Melbourne United. In keeping with the theme of health, he was supposed to have an operation to remove bone spurs but delayed this to train in a team environment.

All of this aside, Magnay’s skill has given him the tools needed to excel in the league. During his 10 games with the BayHawks, he averaged 9.1 points, 1.8 assists, and 5.4 rebounds. In February, he managed to score 20 points against the Raptors 905 – a season-high.

If Magnay is able to receive clearance from his contract with the Bullets, he will be able to take his career to new heights by joining Perth, the reigning champions.

Conspiracy Theories Ahead Of FIBA Eurobasket Milwaukee Bucks and the National Basketball Association have been accused of an elaborate conspiracy to prevent the All Star forward player Giannis Antetokounmpo from ….