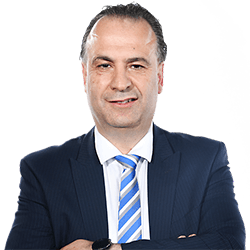 NRL big boss Peter V’landys has revealed in a shock announcement that the league is considering not only stripping Jarryd Hayne of his Dally M Medals, but also wiping his name completely from the game’s history books. This following Hayne’s recent sentencing for sexual assaulting a woman in her home in 2018. Hayne’s has been sentenced to three years and eight months in jail without the possibility of parole.

The convicted sex offender has a massive collection of prestigious NRL awards to his name – including his two Player of the Year awards, a three-time appearance as part of the Team of the Year, and Rookie of the Year award won back in 2006. He was furthermore twice over named Paramatta’s Ken Thornett Medallist as his club’s most valuable player, and now faces the embarrassing possibility of being stripped of all his accolades as if none had been awarded to him in the first place.

V’landys said on Friday morning that while it would not at all be “difficult” to strip Hayne of his awards, the NRL wants to avoid causing any interruptions with the regards to the legal process. Hayne has reportedly filed an appeal against his conviction and jail-time. The NRL boss said the next step will be for the league to consult with Hayne’s Paramatta club.

For more than a decade, Fox Sports was Ben Ikin’s home until recently. Ikin has announced his departure from the desk as he moves into a brand-new role: head of ….

Michael Maguire’s acceptance of an extended contract with the Wests Tigers makes of him the second-longest serving coach in the history of the club – trailing only Tim Sheens. Maguire ….