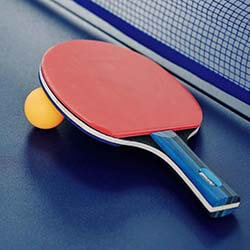 Police in Australia have charged a man in connection with a formal ongoing investigation into allegations brought against a transnational illegal gambling syndicate suspected of wagering corrupt bets on international table tennis competitions.

A total of nine search warrants have been issued and executed across seven locations in Aus – all of which were executed by detectives from the New South Wales State Crime Command’s Organised Crime Squad unit. During said warranted searches, detectives formally seized cash in the amount of AUD $12,000, several electronic devices, as well as various pieces of documentation.

Established in June 2020, operation “Strike Force Brombal” is a collaboration between the New South Whales unit and Sport Integrity Australia. The operation holds the mandate of investigating specifically the placing of illegal and corrupt bets by organised crime syndicates on table tennis tournaments and events.

According to a statement issued by local police, the 40-year-old man is being charged with the use of corrupt information for betting purposes as well as “knowingly” dealing with proceeds derived from criminal activities in order to conceal the actual origins of those proceeds. Police also confirmed that the man had previously been placed in possession of match-fixing information relating to matches played across Europe. From the corrupt bets allegedly placed on said matches, a total of AUD $500,000 in winnings had been banked.

The man has reportedly since his arrest been granted bail and is expected to appear at the Newcastle Local Court on January 28, 2021. The broader investigation remains ongoing.

Feng Humbled Ahead of ITTF Grand Finals Fans of Singaporean table tennis star Feng Tianwei are backing her to prove a point at the 2017 ITTF World Tour Grand Finals ….