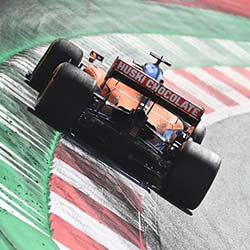 The Australian Grand Prix, set to take place in November this year, has been cancelled for the second year in a row “due to restrictions and logistical challenges” brought about by the global pandemic. The sporting event, which was set to take place at the Albert Park Grand Prix Circuit in Melbourne had already been moved from its original date in March this year.

Quarantine restrictions and other logistical issues have all contributed to the cancellation of the event. This comes after the 2020 event was cancelled when a McLaren team member contracted COVID-19 just before the race was scheduled to take place.

A statement released by the Australian Grand Prix Corporation, Formula 1 and Victorian Government announced the cancellation and stated that the two organisations would continue looking for a way to make the 2022 event a reality.

The Australian MotoGP that was et to take place in October 2021 has also been cancelled due to COVID-19 restrictions and challenges. As a result, the Malaysian event has been brought forward to replace it. Formula 1 chief executive Stefano Domenicali believes that they will still be able to deliver a 23-race season in 2021 and have options available to fill the vacancy left by the Australian Grand Prix.

It is disappointing that racing fans will be missing both the MotoGP and Formula 1 this year. While Australia continues to battle with COVID-19 related restrictions and challenges, it also illustrates the importance of the vaccinations that are currently coming into play.