Australia’s Getting a Ferrari Driver Programme 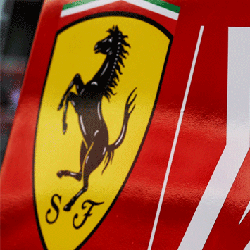 The first Ferrari arrived in Australia 70+ years ago, in 1952. It was a sparkling 212 Inter Berlinetta and featured Vignale of Turn coachwork. Originally a daffodil yellow with tan pigskin for the interior, the car is apparently still in the country all this time later. But now it sports the signature red hue the brand is associated with.

In another first, the Ferrari Driver Academy will be setting up a new Driver Development Programme in Sydney as they look to develop local talent for the future. The new academy will be at the Sydney Motorsport Park and hopes to attract drivers from here, New Zealand, and as far away as East and South-East Asia and the Indian subcontinent.

The list of past graduates reads like a Who’s Who of the racing world and features Formula 1 driver Charles Leclerc, Mick Schumacher, and Enzo Fittipaldi.

Andre Papadopoulos, President of Motorsport Australia, said in a statement that up-and-coming Australian drivers will now be able to get into the F1 system very early on. With notable drivers like Jack Brabham, Larry Perkins, David Walker, Vern Schuppan, and Frank Gardner all hailing from Oz, we’ve proven time and time again that we can compete with the best in the world. And now finding the next F1 World Champion will be far more easily done.

Mattia Binotto, Team Principal of Ferrari F1, confirmed in 2019 that the company wants to add more drivers to their stables, including female drivers.