Bottas To Remain With Mercedes For 2020 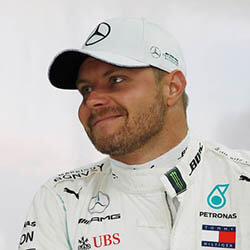 For the 2020 Formula 1 season, Valtteri Bottas will stay with world champions Mercedes. After team boss Toto Wolff chose to hold on to the Finn instead of promoting reserve driver Esteban Ocon, Mercedes took the opportunity to extend his current contract. After a year on the sidelines, Ocon will be joining Renault for 2020. Wolff was worried that Bottas’ form had declined after a solid start to the season, but ultimately favoured the stability over the uncertainty of hiring Ocon.

In a statement, Wolff said that they have set Bottas the challenge of returning to the track even stronger than when he first started in 2018. Bottas, who joined the team two years ago, is second in the current championship, 62 points behind partner Lewis Hamilton. He’s on four pole positions with the Briton heading into the Belgian Grand Prix, but he’s won only two races opposed to the eight of Hamilton’s.

He came into the summer break on the back of two disappointing grand Prix, dropping out in Germany when riding second and with an opportunity to cut Hamilton’s title lead, but ending eighth in Hungary after losing his front wing on the first lap in a crash with Charles Leclerc from Ferrari. In the end, however, Wolff chose against the prospective danger of bringing a new driver to the squad. He was also concerned that placing the 22-year-old Frenchman up against Hamilton might harm his career, and instead sent Ocon to Renault.