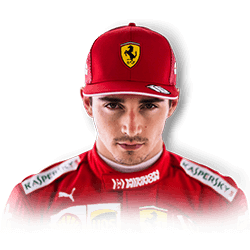 Charles Leclerc from Ferrari was able to hang on during a nail-biting, incident-filled and contentious Italian Grand Prix under intense pressure from both Mercedes riders. The 21-year-old pushed the driving rules to keep Lewis Hamilton through the centre of the race before Valtteri Bottas gave up the challenge in the final stages after making his own errors.

And there were fresh concerns surrounding Sebastian Vettel in a long series of problems dating back to mid-last year after yet another similar mistake. After his debut win in Belgium a week earlier, Leclerc’s victory was his second in a row and Ferrari’s first in their home race since Fernando Alonso triumphed in 2010.

With a win that further underlines his position as a significant fresh power in F1, Leclerc shouted with glee into his radio as he passed the line. His latest win was even harder than at Spa when he drove a measured race to finish ahead of Hamilton by less than a second. This time around, however, Leclerc had a Mercedes behind him through the entire race and he had to use some questionable strategies to keep Hamilton off.

Mercedes had failed to pass Leclerc with their undercut, which is when a team stops their driver a lap earlier in order to benefit from new tyres. The pit stop saw Hamilton grab a chance for the lead, but Leclerc edged him out of the lead after pushing him slightly off of the track, and held on to the lead for the rest.