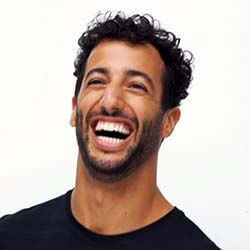 According to Dutch racing icon Tom Coronel, Ricciardo, who is currently preparing for his inaugural season with McLaren, has “had his day” in Formula 1 racing.

Coronel’s comments came as part of a commentary on the latest new face added to Ricciardo’s former home, before he went on to join Renault for a two-year stint, being Red Bull. This was the team that struggled to find a worthy replacement for Ricciardo after the Australian made his exit in 2018, with both Alex Albon and Pierre Gasly falling far short of the mark.

Confirmed as the new partner to Red Bull champion Max Verstappen for 2021 is F1 veteran driver Sergio Perez, leading Coronel to make the audacious claim that the Mexican is without a doubt the strongest teammate Verstappen has ever had while competing for his current team. He then went a step further by adding that even though Ricciardo had at times finished ahead of Verstappen, he (Ricciardo) has had his day, while Mexican Red Bull-newcomer Perez was still “growing”.

Perez secured his maiden F1 victory last season when he crossed the line ahead of the pack at December’s Sakhir Grand Prix. At the time a member of team Racing Point, he finished fourth on the Drivers’ Championships points list in 2020, but was dumped in exchange for Sebastian Vettel at the end of last year.