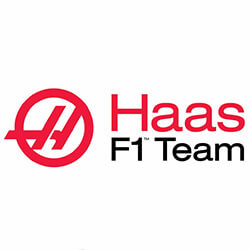 Team Haas has announced that they will be continuing their current experimentation of running their cars with various specifications ahead of the upcoming German Grand Prix. The team ran their split strategy during the British Grand Prix in a bid to try and understand the inconsistency of their performance.

But the team is being forced to repeat the same strategies at Hockeneim after a collision in the first lap between Romain Grosjean and Kevin Magnussen lead to an early retirement for them. It also meant that the team was unable to collect enough data to make an educated guess as to why they’ve failed to meet expectations in the season so far.

The team has been struggling in particular with their race pace from track to track, but also for speed in qualifying during race days. Magnussen qualified fifth in Australia last month, but finished the Austrian Grand Prix in 19th place and two laps down. Grosjean will continue with the car with its current aerodynamic configuration that was used for the first race of the season, while Magnussen will use Haas’ latest upgrades on his vehicle.

It’s an unusual step for the teams to be running their cars with different specifications, but Haas has been unable to make their tyres work properly in race conditions, which has directly contributed to their lack of pace. The team scored double points for the Spanish Grand Prix, where they first introduced their major aerodynamic upgrades to their cars.