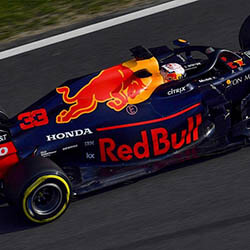 Honda has confirmed that will remain with Formula 1 until the end of 2021 after they agreed to a one year extension to its contract with Red Bull, where they will continue to supply the racing team with engines. The Japanese company has committed to to staying in the sport after talks between its board members and Helmut Marko, the boss of Red Bull. The company is currently still negotiating with Red Bull over what will happen after the 2021 season comes to an end.

F1 is looking to head into a new era for 2021 after an agreement was set in terms of their technical rules, which is aimed at making the racing much faster and much closer .The latest announcement is a confirmation that Red Bull will be remaining with F1 beyond the en d of the 2020 season, when all the contracts for the sport come to an end. The teams are currently in negotiations with F1 over commercial terms, which they expect will see a revision of the way the prize find is distributed in the future.

Mercedes, Ferrari, two of the current top three teams, have not yet officially confirmed that they would be staying with Formula 1 beyond 2020. Honda first joined up with the senior Red Bull team for 2019, and have won three races with them, after first returning to the sport in 2015. Despite criticism, Honda has seen some success with Red Bull and Toro Rosso.