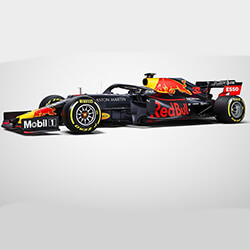 Team Honda will be upgrading Red Bull’s and the Toro Rosso teams’ engines for the French Grand Prix. Three of the company;’s four engines will have the same engine, which includes Max Verstappen and Pierre Gasly of Red Bull, along with Daniil Kvyat of Toro Rosso. The upgrade means that the grid penalty of Kvyat will be exceeded their permitted usage of engine parts of this season.

Toro Rosso’s Alexander Albon will also be upgrading at a later stage, hoping to avoid receiving penalties for both cars in a single race. Boss of Honda Toyoharu Tanabe stated that the engine was more powerful, but hadn’t quite reached the same level as Mercedes or Ferrari.

Talking about their plans, Tanabe stated that it was a step in the right direction and they will be continuing their development through the season. He added that improvements made were mainly concerned with the internal combustion engine and the turbocharger.

Verstappen came in fifth place for the Canadian Grand Prix, while his team mate Gasly finished the event in eight place, with Kvyat earning tenth. The MGU-H is the part of their hybrid system that returns energy from the turbocharger, which is producing close to 1000bhp from 1.6 litre V6 turbo, while also having new standards for temperature efficiency. Kvyat will be receiving the grid penalty due to already using his permitted maximum of three upgrades for the internal combustion engine for the 2019 season so far, similar to Albon.