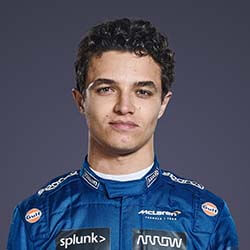 British youngster Lando Norris on the weekend claimed his debut F1 pole as mentor and inspiration Lewis Hamilton got demoted to a fourth-place start to Sunday’s Russian Grand Prix from an unusual error.

Hamilton seemed a disappointed and sorry figure after clipping a wall on the entrance to the pitlane. Speaking after the qualifier, the Brit spoke about being disheartened by the mistake – an error he said wasn’t the type of misstep anybody expected from a world champion.

It was understandably an altogether different story for McLaren’s Lando Norris, who were clearly in pure ecstasy after the career first for the young driver. Norris’ pole is McLaren’s first since 2012. He mastered a wet and tricky track with absolute precision and hold, which saw him off to a half-second quicker finish than runner-up Carlos Sainz of Ferrari.

Another top performer of the day had been George Russell, who finished in third place for Williams. For the Brit, who is set to join Hamilton at Mercedes next season, his final lap had been a stellar outperformance of his car. The first driver to try slick tyres over the final laps of the event, his choice proved on the money as he made the most of his newfound grip.

Both Norris (21) and Russell (23) are currently only in their third season in F1, which makes of them two of the most promising young drivers currently competing in the sport.