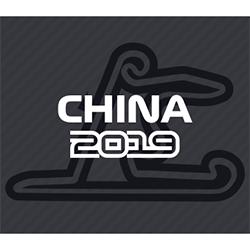 Lewis Hamilton has claimed victory at the Chinese Grand Prix for his first championship lead of 2019. The Mercedes Driver pulled past teammate Valtteri Bottas – who had initially started from pole position – and dominated most of the race to win Formula 1’s record 1000th race.

Ferrari’s Sebastian Vettel took third place after Charles Leclerc was ordered by the team to let Vettel take over during the opening laps. The decision saw Leclerc lose fourth place to Max Verstappen of Red Bull. Ferrari’s new driver, who was driving his third race for the team, had questioned the order from his team, and it’s expected that Ferrari will be facing questions over the decision to throw Leclerc off of pace.

Despite all of this, Hamilton is far in the lead, which he took after edging away from Bottas, and put a five second lead between him and his opponent before his first pit stop during lap 22. Their decision to allow Bottas into first to stop Vettel getting ahead closed their lead down to less than 2 seconds, but Hamilton was quick to pull ahead, earning his second victory in a row.

It was the 75th career win for Hamilton, and it took place on a weekend where the British driver had constant issues during their practice runs. It’s also marked as the 1000th race for F1 since they first started, which will remain a memorable event for years to come thanks to Hamilton’s almost perfect victory.