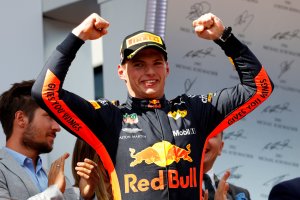 Max Verstappen of Red Bull managed to edge past Charles Leclerc with two laps remaining to claim the title at a thrilling Austrian Grand Prix. The win was confirmed after three hours once the race had been concluded as an investigation was launched as to whether Verstappen had run Leclerc off of the track unfairly.

Leclerc, of team Ferrari, seemed to be in control of the race after Verstappen had made an otherwise bad start and dropped from second place to seventh. Red Bull pitted the driver 10 laps later than Leclerc, and Verstappen fought hard to move up from fourth to the finish, ultimately taking the win.

It was an impressive performance from Verstappen, and he made use of fresher tyres than the cars in front of him, but the move that gave him the lead was seen as controversial. Leclerc had already managed to defend himself against an attempted pass from Verstappen on previous laps, and Red Bull had got inside the track past Ferrari during Turn Three, but Leclerc had held on to his position on the outside and accelerated ahead.

Talking about the incident, Verstappen said that it was hard racing or they have to stay at home, and if those things aren’t allowed during a race then the drivers may as well as stay at home. Both drivers had been called by the stewards, the FIA, and after three hours of deliberation, they decided to award Verstappen the win.