Melbourne To Host GP Until 2025 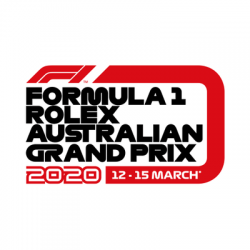 Melbourne will continue to act as host for the Australian Grand Prix until the end of 2025 as announced by officials from Formula 1. The event will be taking place in March next year, with the 2020 season marking the 70th anniversary of the sport along with the 25th year of it being hosted at Albert Park.

A deal between the Australian Grand Prix Corporation and Formula 1 was put to ink in London. Motor sport history in Australia can be traced back as far as the Formula 1 World Championship that started in 1985, and took place in Adelaide until 1995 but was later moved to the Melbourne Grand Prix Circuit from 1996 inward.

The Australian Grand Prix has been the opener for the World Championship season since apart from 2006 and 2010, and in the last two decades, it has become one of the most popular sporting events to take place in Australia. An estimated 9 million fans attend the race every year enjoy both the event and the festive activities that take place around it.

CEO and chairman of Formula 1, Chase Carey, said that they had decided to extend the deal as the race has proven to be successful for the capital of Victoria, along with the country and the fans of the sport. He stated that they are pleased to have renewed their partnership with the city of Melbourne, which will host the event until at least the end of 2025.