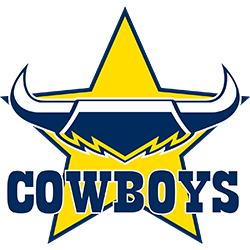 The North Queensland Cowboys may have been cleared of all wrongdoing by the NRL’s integrity unit, but they’re clearly not about to simply “let it go”.

The Cowboys on Thursday issued a statement in which the club expressed its disappointment at how the “scandal” had been handled by the media over the past number of weeks. News headlines have for the past couple of weeks revolved around allegations of cover-ups on the part of the club in relation to a man whose wife had reportedly been involved in an extra-marital affair with one of the club’s players. Eventually named by the media for his supposed “personal involvement” in the scandal had been senior clubman Peter Parr.

The statement, issued on behalf of the club by chairman Lewis Ramsay, referred to those named by the media in its coverage of the scandal and ensuing NRL investigation as valued club members years long providing an exemplary service to North Queensland.

The statement furthermore confirmed that the allegations raised against the club and its members in and by the media were in fact highly personal by nature – and not at all significant in as far as the management of the club from an ethical perspective was concerned. The statement also stressed that the NRL’s findings are proof yet again of the appropriateness of the actions taken by management all throughout the investigation – as well as its having acted in full accordance with the rules and code of conduct as prescribed by the NRL.

NRL big boss Peter V’landys has revealed in a shock announcement that the league is considering not only stripping Jarryd Hayne of his Dally M Medals, but also wiping his ….

Michael Maguire’s acceptance of an extended contract with the Wests Tigers makes of him the second-longest serving coach in the history of the club – trailing only Tim Sheens. Maguire ….