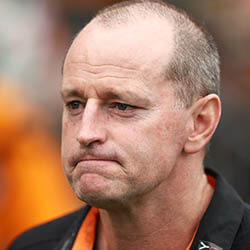 Michael Maguire’s acceptance of an extended contract with the Wests Tigers makes of him the second-longest serving coach in the history of the club – trailing only Tim Sheens. Maguire at the start of the 2019 season signed a three-year deal with the Tigers.

Maguire, who is a two-time Premiership-winning coach – with Wigan and South Sydney in 2012 and 2014, respectively – is considered an enormous asset by the Wests Tigers. And according to Wests Tigers Chair Lee Hagipantelis, is perfectly aligned with the passion and commitment of the club for and to its brand and to the sport.

The in-demand coach has in the meantime also expressed his own excitement at being able to serve the club for two more years. Commenting on how he absolutely loved the people associated with the club, and especially their passion for the sport and the Wests Tigers brand, Maguire said he’s happy about having been afforded the opportunity to see through the hard work put into the club by so many people over the last couple of years.

Being able to retain Maguire’s expert guidance and services for an extended term is a positive step for the club, said Wests Tigers CEO Justin Pascoe of the head coach’s reappointment. The extended contract not only provides Maguire with additional security, but also the entire Tigers football program with a definite sense of direction, said Pascoe. The club absolutely loves that Maguire is such a fierce and determined competitor, he added.

The North Queensland Cowboys may have been cleared of all wrongdoing by the NRL’s integrity unit, but they’re clearly not about to simply “let it go”. The Cowboys on Thursday ….

Anthony Griffin is great choice to be coaching the dragons for the next two years – especially since he could potentially build a similar junior model to the development model ….