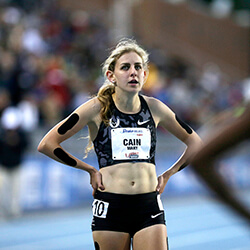 Instead of inspiring her to reach new heights, former champion middle-distance runner Mary Cain says her relationship with sportswear giant Nike and former coach Alberto Salazar has led to only years of emotional suffering.

The former pro-athlete has now filed a whopping $20 million lawsuit against Salazar and Nike collectively.

Cain, who became part of Nike’s Oregon Project after qualifying for the 2013 World Championships as a 17-year-old, says she only joined the sportswear giant because she had a desire to be the best female athlete the world had ever delivered. But instead, she soon started to feel abused by a system she says had been designed by her disgraced former coach, and endorsed by Nike.

According to the details of the lawsuit, which was filed on Monday in Oregon, Salazar bullied Cain into getting on scales to be weighed in front of others. He used this to humiliate her and force her to limit her food intake to the bare minimum. He reportedly also stopped her from consulting with her parents about her eating habits and health. He apparently took particular issue with her relying on her father for help and advice. Cain’s father is a medical doctor.

As for Nike’s involvement, Cain claims they did absolutely nothing to stop the emotional and physical abuse she had suffered at the hands of her coach. Cain in her lawsuit refers to Nike having let slip the abuse for their own agenda and profit.

Nike has not yet commented on the lawsuit.

Champion Irish sprinter and 2018 Commonwealth Games bronze medallist has been charged with conspiracy to supply cocaine. The athlete, who lives in Bath, England, is one of 5 men charged ….

Famed British sprinter Dina Asher-Smith has been given the award for Sportswoman of The Year for 2019 by the Sunday Times. The 23 year old became the very first British-based ….

Dina Asher-Smith stressed why she was seen at the Birmingham Grand Prix as a World Championship medal contestant with an impressive display in the 200 m. The British double European ….

Caster Semenya has confirmed that she will not be returning to defend her World Championship 800m title later this year in September after failing to fight the restriction testosterone levels ….