British Cycling In The Steroids Spotlight 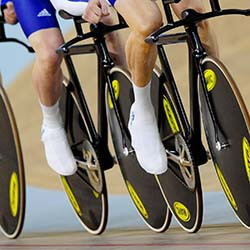 British Cycling has pledged its commitment to co-operating with the World Anti-Doping Agency (WADA) as it investigates allegations surrounding a previous investigation into an “abnormal” drug test by a British rider in 2010.

It is being alleged that Ukad, which is the regulatory body responsible for ensuring “clean sport” at domestic levels, in 2011 permitted British Cycling to conduct its own investigation after a rider tested positive for unusually high levels of nandrolone, which is a banned steroid and physical performance enhancer. British Cycling claims that this concession was made because of the fact that the incident in question had been an out-of-competition event.

Since test results are considered to have expired after a period of 10 years has lapsed, the result, which relates to a 2010 test, is considered to no longer be valid or of consequence. Both Ukad and British Cycling have however reportedly now agreed to co-operate with WADA’s investigation given the unusual facts of the matter.

Ukad has apparently in the meantime already started on its own inquiry into the actual protocol followed during investigations conducted during 2010/2011 and has provisionally been able to confirm that the correct procedures were indeed followed. The sports watchdog has however not been able to comment on the incident relating to the private investigation carried out by British Cycling as it says those particular results were never formally logged and/or duly reported.

British Cycling has responded to requests from the media by saying that although the inquiry isn’t expected to be finalised soon, any relevant information will be published upon completion.

The former British Cycling and Team Sky doctor accused of having ordered performance enhancing testosterone in a recent controversial ruling by a Medical Practitioners Tribunal, claims he’s not once in ….

Aussie-based cycling team Mitchelton-Scott will this year for the first time in the squad’s 8-year history ride the Tour de France without a single Australian rider in the mix. This ….