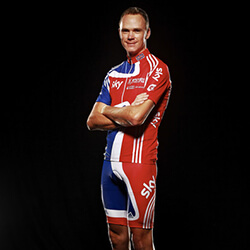 British cyclist Chris Froome is currently in intensive care and has been reported as in bad shape after he suffered multiple fractures during a high-speed crash as reported by Dave Brailsford. Froome removed one of his hands from the handlebars to blow his nose while travelling at 54km/h when a strong gust of wind caught his front wheel and forced him to hit a wall.

He was immediately airlifted from the scene and taken to Saint-Etienne University Hospital where he underwent surgery. The cyclist, who has won the Tour de France championship a total of 4 times, has suffered a fractured femur, a fractured elbow and ribs, a broken hip, and lost consciousness after the crash. Despite the severity of the injuries, there is no indication that he has sustained any injuries to his head or a concussion.

Talking about the injury, Brailsford told reporters that Froome has been operated on to ensure that the first phase of medical care is as good as possible and that they intend to manage the situation from there on, adding that there are crashes and bad crashes, and this was a bad crash.

The crash took place during a practice run for stage four of the Criterium du Dauphine in Roanne, France. Froome was riding alongside Ineos teammate Wout Poels when he crashed next to a parked ambulance and into the side of a house. Froome will remain in intensive care until he condition improves.