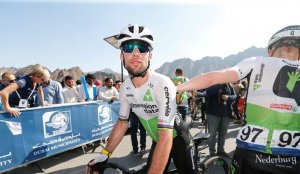 Mark Cavendish has told reporters that he is heartbroken over hearing the news that he will be missing the Tour de France for the first time since 2007 after learning that he was left out by Team Dimension Data. The British rider won the 2011 world race champion along with 30 Tour stages n his career, which is four fewer than the record set by Eddy Merckx.

The 35 year old has been struggling with illness since April of 2017, but recently stated that he was in the perfect position to start racing again. Talking about the Tour and being omitted from the team, Cavendish said that he had targeted a specific time to be at his peak from, which has always resulted in him hitting his goals or coming close. He added that he was heartbroken to learn the news that he won’t be able to take part in the Tour de France this year.

Cavendish continued, saying that after a long fight back from trying to complete his last season with Epstein-Barr Virus, and being on a strict training regime, he was in the perfect place to begin once again. Cavendish was the first Briton to win the Tour’s green jersey, but was diagnosed with the Epstein-Barr Virus in 2017, which causes glandular fever.

He had started racing two months after his diagnosis, but broke a collarbone after a crash during the 2017 Tour de France, and will be missing the event again this year.