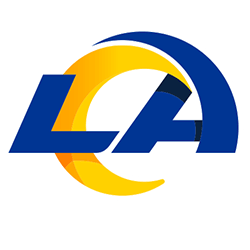 Travin Howard’s incredible interception with only 1:09 left to play on Sunday saw the Los Angeles Rams claw their way back to the top from a 10-point deficit to a nerve wrecking 20-17 victory over the San Francisco 49ers.

The win means the Rams will take on the Bengals at their home stadium in next month’s Super Bowl.

LA’s defense looped it all the way through for the Rams when Aaron Donald threatened Jimmy Garoppolo with a takedown, forcing him to fling the ball in the direction of JaMycal Hasty. When the ball elevated high into the air and clear of Hasty’s waiting hands, Howard wasted no time saving the grab.

Rams owner Stan Kroenke’s multibillion-dollar SoFi Stadium will welcome the Cincinnati Bengals for Super Bowl 56 in two weeks’ time. This means the Rams will on Feb. 14 become only the second team to host a Super Bowl at home after the Buccaneers broke a 54-year streak in 2021.

Matthew Stafford, who is now only a single win away from his first Super Bowl ring, celebrated his team’s incredible win in champion’s style on the day by saying the story simply could not have been written any better.

When the Rams traded for Stafford last offseason, the biggest question had been whether he had what it took to win big games against quality opponents. Since Stafford had only made the Playoffs three times and had not won a postseason game during his time with the Lions, many were left doubting his capabilities.

But it didn’t take him very long to silence his doubters after leading the game with 337 yards and two touchdowns on Sunday night.