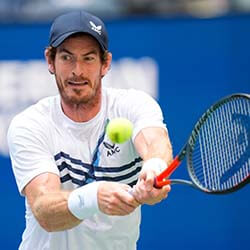 An Andy Murray feverishly hoping on a decent long-anticipated return has been knocked out of the San Diego Open off a second-round loss across straight sets opposite Casper Ruud of Norway.

All seemed poised for a strong comeback from hip surgery and other injuries for the Scot as he cruised his way seemingly effortlessly through the first round with a straight-sets victory opposite US star Denis Kudla.

After an early service break by Murray, who currently ranks world No. 109, which saw the Scot off to a 3-1 lead during the first set, the Norwegian quickly found his rhythm and secured his own break right at the start of the second set. His comeback ultimately led to Ruud clinching the win on his first match point against his opponent’s irresolute serve.

Ruud praised Murray for his exceptional comeback  after the match, saying the Scot had played elite level tennis during their stand-off. He said Murray had been an inspiration for him as well as many others for the last 10 or 15 years, and that the way he always made his way back to the court even when facing extreme difficulties has been an inspiration to him personally.

While Murray failed to make his mark in San Diego, he’ll have another chance at it after he was handed a wild card entry into next week’s BNP Paribas Open in Indian Wells. Murray reached the semi-finals at Indian Wells in 2015, which had been his best performance in the tournament.