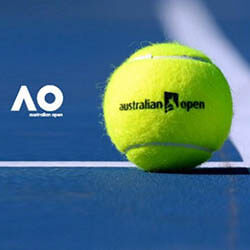 With next year’s Australian Open now provisionally locked to get underway in Melbourne on February 8, hopefuls intending to compete in the world-famous event will be required to travel to Australia at least three weeks before the start of the competition. Two of the three weeks will be spent in managed isolation, with the third acting as a window for warm-up tournaments.

Participants will stay in selected hotels that will form part of a bio-secure environment. Players will be permitted to train during the initial two weeks spent in isolation.

The WTA has in the meantime announced that two 500 tournaments will act as the official warm-up events ahead of the Open – with both events scheduled to be played at Melbourne Park from January 31st to February 7th. The ATP will reportedly move the Adelaide International to the city while also hosting an ATP 250 Tournament during the same timeframe.

Players set to compete in the Australian Open will all be brought to Melbourne by chartered flights arranged by the organising committee itself. A high level of security will apply, said Tournament Director Clive Tiley late last week.

All players will during the first week in isolation be allocated a single designated training partner only, Tiley said. This will be increased to a larger group size in the second week of training. Tiley explained that it is vital that participants be permitted to train during all three bio-managed weeks leading up to the event, failing which the 2021 Australian Open would not be a viable possibility.