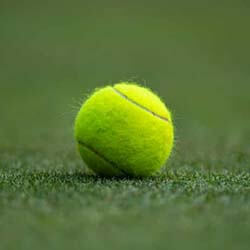 Beechworth Lawn Tennis Club has taken to the courts following a skewed approach to grand dispersals by Sport Australia. They are challenging the validity of the $500,000 grant they applied for that was subsequently rejected.

This has brought former sports minister Bridget McKenzie into the spotlight. It is alleged that project selections were made but the grants never received final approval. The auditor general found that McKenzie had in fact skewed the community sport infrastructure program towards targeted and marginal electorates.

The confusion appears to have arisen from the language copied from a finance department template that suggested that the minister would provide approval and that this approval would be final.

Sport Australia has maintained that they have the final say on all funding approvals in the midst of the flurry of late changes to grant recipients that had been requested by the former minister. Beechworth claims that the minister rejected their grant proposal and not Sport Australia.

The agency further claims that once projects were identified, such as that of the Beechworth Lawn Tennis Club, that additional information would be required and that the grant could vary or be withdrawn at the agency’s discretion. They also stated that they did not enter into grant agreements for all projects or grant amounts approved by the minister.

This follows the report that was published by the auditor general in 2020 that found that McKenzie had skewed the program towards targeted and marginal seats.