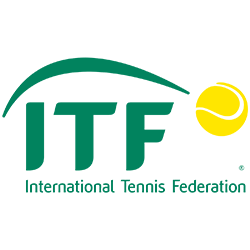 The International Tennis Federation, or ITF, which is the world governing body for the sport, has said it will not be joining the Women’s Tennis Association (WTA) in its blanket boycott of China over the drama involving Peng Shuai.

While the ITF has been facing calls from all over the world to do so, the organisation has said it has no desire to “punish” 1.4 billion people.

Since Chinese authorities have not been willing or able to provide proof of Shuai’s well-being and safety, WTA chief Steve Simon announced that the organisation would be suspending all future tournaments in China.

ITF president David Haggerty said on Sunday while the allegations surrounding Shuai certainly must be looked at, the organisation will not be following the WTA’s lead. Haggerty said since the ITF is the worldwide tennis authority, its main order of business is with the grassroots development of the sport. It is for this reason the ITF will continue to run its existing junior and senior events in China, he explained.

A continuous worry is how Shuai’s allegations led to unprecedented levels of censorship in her home country. To date, Zhang Gaoli is the highest-placed member of Chinese government to be named in the country’s #MeToo movement.