Kiki Bertens Retires From Second Round 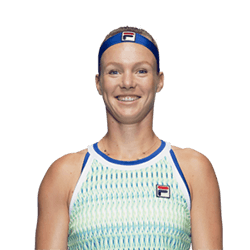 Fourth seeded Kiki Bertens has retired from her second round at the French open against Viktoria Kuzmova due to a battle with illness. Bertens, who was a favourite for the title, was already 3-1 behind during her first set when she eventually called for the doctor, and complained of feeling shaky and lacking energy.

The Dutchwoman won the Madrid Open in May, where she beat 2018 French Open winner Simona Halep during their final game. Kuzmova is set to take on British Johanna Konta for the third round after Konta beat Lauren Davis in a stunning comeback.

Talking about her retirement, Bertens told reporters that she had felt good during practise, and that she was getting ready for her upcoming match. She continued, saying that she work up early on the day of her match, and felt incredibly sick, which continued for the rest of the day, adding that although she wanted to give it a try, it started up again during her warm-ups.

Earlier, Karolina Pliskova, number two in the world, was still fighting for her bid for her first Grand Slam with a routine win against Kristina Kucova. The Czech player won 6-2 6-2 against world number 203 in under 56 minutes. Pliskova claimed 25 winners and six aces as she maintained her clay court firm, the same won that saw her come first in the Italian Open during the run up to Roland Garros. Garbine Muguruza and Sloane Stephens both moved to the third round.