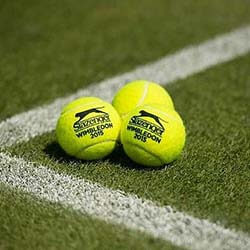 Two official investigations into possible match-fixing at Wimbledon is currently underway. A series of bets during the early matches trigger alarm bells and are currently being investigated. Match and spot-fixing is an ongoing issue in the world of tennis.

The two matches in question feature multiple suspicious bets. One of the matches had at least two suspicious bets placed on a German player during the first-round match. According to the German newspaper Die Welt, the German player involved is not the player currently under investigation. They have also reported that a five-figure sum was bet at the end of the second set and included the exact results of the game. A second bet on the same game accurately predicted the number of service games in the entire match.

Going into the game, the favourite to win won the first set, increasing the odds of the duo losing even higher. Unfortunately, the favourites ended up losing the two sets that followed as well as the match. The timing of these bets is what raised suspicions.

Due to operational reasons, The International Tennis Integrity Agency responsible for investigating these allegations have not yet commented on the allegations.

Back in 2016, the BBC found that there are Italian and Russian betting syndicates across the globe that are involved in fixing matches, while in 2018, Argentina’s Nicoal Kicker was found to have participated in fixed matches and was banned for three years. These are just a few recent examples of match-fixing in tennis, and given the game’s track record, it will certainly not be the last.