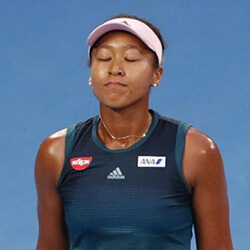 Tennis world No. 2 Naomi Osaka says she feels as though she’s been ungrateful in her attitude to the sport over the course of the past year. The notion that tennis in and of itself isn’t enough of an accomplishment – and especially so when playing on a global state – is not the right sort of view to have, explained Osaka after her recent crushing of Coco Gauff 4-6, 6-3, 6-4, on Wednesday.

Osaka also described playing at the Western and Southern Open as “tough”, adding that having had the pleasure of fans in the stands had been an extra treat in a time marked by social isolation and low contact with people as a consequence of bio-bubbles and other restrictions.

Brit Andrew Murray, meanwhile, has been knocked out of the Cincinnati Masters in straight sets by Polish player Hubert Hurkacz. Murray had undoubtedly expected much more from his participation in the competition, having headed into it fresh off a single’s victory.

Murray beat former world No. 7 Richard Gasquet in straight sets during the opening round of the tournament. He however failed to make it past 24-year-old Hurkacz, with a particularly difficult match ending at a disappointing 7-6, 6-3 for the 34-year-old Murray.

But despite the disappointing defeat, Murray appeared more than satisfied with his participation in Cincinnati, saying after the loss that he considered the week to have witnessed a much higher quality of play than that put up by him at Wimbledon.