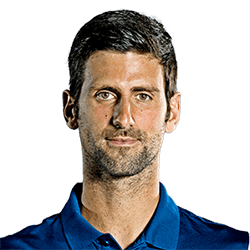 The drama surrounding Novak Djokovic’s cancelled visa and the Australian Open is quickly turning into a political affair – this as the tennis world No. 1 awaits his fate in quarantine in a Melbourne hotel.

Right now, the Serbian – who has earned himself the nickname No-vaxx – faces deportation by as soon as Thursday evening. Djokovic was detained at Melbourne airport for eight hours before Australian Border Force authorities confirmed that the Serb had been denied entry into Australia over a failure to comply with the country’s vaccination mandates.

The understanding is that Djokovic had tried to use a previous infection as the basis for competing with “exemption” status. Previous infections are however not recognised by the Australian Technical Advisory Group on Immunisation (Atagi).

The 9-time Australian Open champion now has a team of lawyers trying to prevent his deportation from the country. An application before federal court to stop his forced exit will likely mean the case between Djokovic and Australia’s minister of home affairs could be heard as early as Monday.

Tennis Australia has in the meantime impressed on the federal court that it would need to confirm Djokovic’s participation in this year’s AO by at least Tuesday. Also calling on the court with a special request had been the Serb’s legal team, who asked whether the player could be transferred to a hotel with a tennis court for him to practice while awaiting the final outcome.

In an Instagram post this week, Serbian president Aleksandar Vucic vowed to “fight” for Djokovic for justice.