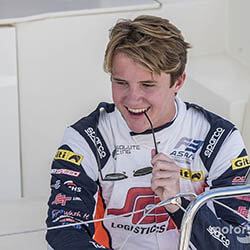 Tommy Smith will be competing in the first three rounds of this year’s S5000 Australian Drivers’ Championship. This is thanks to his having to wait and see if he can go back to Europe later on in 2020.

Smith, family to Jack, who races in the Virgin Australia Supercars Championship, was supposed to take part in the Formula Renault EuroCup in 2020 with JD Motorsport. But the 18-year old came back to Australia after a two-day Test that took place in Valencia this March as the novel coronavirus COVID-19 pandemic started getting worse. His European plans remained on hold.

Smith’s programme has now changed, however, and will include the first three rounds of the 2020 S5000 season. The first is at Sydney Motorsport Park in August, the second at Sandown in September, and the third at Phillip Island in October. More rounds may follow depending on what the European season and his last years at school have in store for him.

Smith will reunite with Team BRM, the squad that he raced for during the past two seasons of the Australian Formula 4 Championship. He recently tested the V8 open-wheeler at Winton in Central West Queensland. He said that it wasn’t half as insane as he expected it to be and he enjoyed the experience thoroughly, adding that they’re supposed to be driven more like Supercars. He stated that, as an open-wheel racer, this fact surprised him. He described the braking as much like the single-seaters he’s previously driven and said that he’s excited about getting back in the seat.