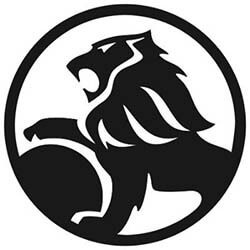 A cloud covers the future of the Australian Supercars series after General Motors, the American multinational corporations headquartered in Detroit, decided to scrap Holden. This brand is one that has underpinned the Touring Car Championship for many years now. They’ve been an integral part of the Motor Racing landscape in Australia for 50+ years, claiming a total of 21 National Touring Car titles.

It was recently revealed that the Holden Brand will be retired by next year as General Motors starts winding down its operations in Australia and New Zealand in the face of its global business being restructured. The move can truly be said to have rocked the V8 Supercars series, seeing as eight of the 13 teams race the Holden Commodore, a medium to large sedan.

The company stated that it has no intention of dishonouring its series commitments in 2020 but said that its involvement in future editions is an unresolved matter. In a social media post, Holden let it be known that it would be commencing discussion with Supercars organisers and their Red Bull Racing Team. They’ve promised to continue updating the public as the next steps in the process become clearer.

Australian Racing driver Marke Skaife OAM, who won five Championships between 1992 and 2002 in the Premier Touring Car series in this country, said that he had to fight back tears after hearing the announcement. He said he’d never imagined he would see the day that Holden would be moved out of the country.