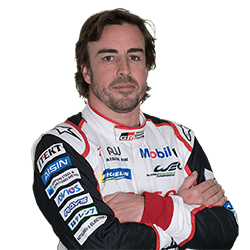 Former Formula 1 champion Fernando Alonso has stated that he intends to leave the World Endurance Championship once the current season comes to an end. The Toyota team champion said that he wants to explore new adventures within his Toyota family, although he hasn’t specified exactly what he intends to explore.

Alonso recently tested a Dakar Rally winning Toyota Hilux earlier in the year, and it’s speculated that the driver may compete in the endurance race that’s next taking place in 2020. The F1 winner, who saw victory two times, is also hoping to claim a win at the Indianapolis 500 over the next few years. This would give him the unofficial Tripe Crown of Monaco Grand Prix and an F1 world title, along with a Le Mans 24 Hours and Indy 500, making him the second driver in history to claim the record after Graham Hill.

The 37 year old won Le Mans with Toyota in 2018, and will be racing in the Indy for the second time in his career, where he will be driving for the McLaren team. Alonso, who has only two more races to finish with Toyota at Spa in Belgium before heading off to Le Mans has stated that while he enjoyed racing for the team, this chapter has to come to an end. He added that winning at Le Mans is among the highlights of his career, and part of his Triple Crown challenge that he will always remember.