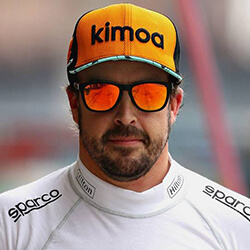 Fernando Alonso, retired Formula 1 champion, has proven he still has what it takes after he won the Rolex 24 in Daytona. The 37 year old retired from the F1 scene at the end of the last season, but has won the latest Rolex 24 along with Kamui Kobayashi, Jordan Taylor, and Renger van der Zande for the Wayne Taylor Racing Cadillac.

The race, which lasts for 24 hours in Florida, was stopped twice due to the heavy rains that were affecting the course. Talking about his victory, Alonso said that it was an amazing experience, and a perfect execution for the race.

Alonso’s latest victory marks him as the third former F1 start to win at the event after Mario Andretti and Phil Hill. The Spanish driver, who also recently won at Le Mans, made his first appearance last year at the Daytona race, where he finished 38th.

He is hoping to try and join up with British Graham Hill as both are the only two racers to win the triple crown at the Monaco Grand Prix, 24 hours of Le Mans, as well as the Indianapolis 500, where the racer will be competing when the event begins in Mau.

Most of the last eight hours of the 24 hour event were completed while under a yellow flag due to the extreme weather, and the race was ultimately brought to a standstill twice under a red flag for the final two hours. The result of the race was announced after 23 hours and 50 minutes.

Formula E Motor Racing Despite having been around since 2014, Formula E racing is still a fresh concept for many. The Formula E Championship differs from the conventional Formula 1 ….