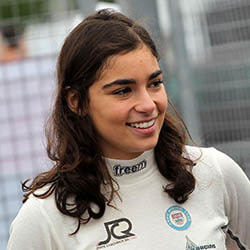 Williams development driver Jamie Chadwick has been appointed to drive in Extreme E as one of three females, which will begin in Greenland in 2021. Chadwick will be joining British colleague Katherine Legge and Mikaela Ahlin-Kottulinsky for the event. Extreme E — the sibling series of Formula E — hopes to show climate change in five distant places as 12 drivers in electric SUVs go head-to-head.

Cambridge University’s environmental specialists will join Extreme E to perform studies and restore climate change-affected regions. Locations include an island in the Indian Ocean, the Arctic, the Himalayas, arid land, the Amazon rainforest. The series will have a’ flying paddock’ that’s expected to decrease freight emissions by two-thirds relative to air travel in order to achieve the five locations The former RMS St Helena Royal Mail shipping ship will undergo refurbishment and will host conductors, coaches and their garages as well as a group of environmental specialists on board to investigate the environmental impact of climate change in each region.