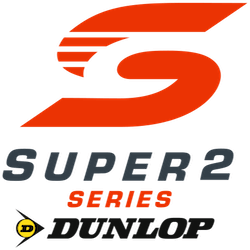 The Virgin Australia Supercars Championship season has officially kicked off and was celebrated accordingly at the recent season launch in Sydney. The new season gets underway on the 20th anniversary of the Adelaide 500 on March 1st. This year’s Adelaide 500 will be hosted by Fox Sports personality Jess Yates and Matt White from Channel Ten, and will include celebratory performances by Robbie Williams, Live and Cold Chisel.

A number of important announcements were made at the season launch in Sydney, including the debut of a new support category, the ECB SuperUtes as well as the re-instalment of night racing through the Red Rooster Sydney Supernight 300.

Acting Supercars CEO, Shane Howard, is excited about the new season. Speaking at the launch Howard said that the championship was in a prime position to expand further on the growth that was achieved in 2017, with the year having witnessed increases in attendances, viewerships and online participation.

Howard also referred to Jamie Whincup’s 7th career title, cemented by a nail-biting last lap of the year, saying that this was no doubt one of the highlights of last year’s Supercars season and a solid and exciting foundation for this year’s launch.

The 2018 season will include 5 full-time drivers from New Zealand, which will no doubt make for the ultimate highlight at this year’s ITM Auckland SuperSprint. Nissan Motorsport’s iconic female driver, Simona De Silvestro will also be making her return for the second year in a row. De Silvestro is the first professional full-time female driver in the Supercars era.

Evening Races A First For Supercars

This year’s Supercars Championship season will include 16 championship events. The final event on the 2018 calendar will be the 2nd instalment of the Coates Hire Newcastle 500, which will run from November 23rd to November 25th.

2018 will also mark the first time that Albert Park’s Formula 1 Australian Grand Prix circuit will host an official championships round. Four separate races will be featured, with the final two taking place at twilight. The evening races offer the perfect opportunity for fans to witness the very first points races of the championship.

Howard said that it was an honour to be working alongside Formula 1 at Albert Park.