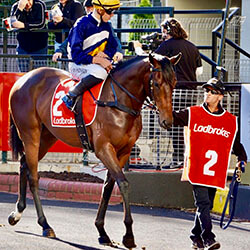 Aristia earned a solid victory in the Group 1 for the $1 million Kenney Oaks in Flemington. The horse put on an impressive performance for spectators with a traditional lead lead-up race for the Group 2 Mumm Wakeful Stakes a few days ago, and continued to hold on to her lead for the next set of races.

Matt Ellerton, co-trainer of Aristia, told reporters that the filly had come through the Wakeful Stakes in extremely good order, and went into the Kennedy in better shape than was expected. Ellerton said that she was a tough filly throughout her races over the weekend. Damian Lane, the winning jockeyriding Aristia knew exactly how to use her, and took over in the last straight to challenge the leader Greysful Glamour. He also praised Lane’s performance, saying it was a very good ride for the jockey.

Greysful Glamour fought hard, however, and didn’t give up the leading position without some struggle before giving up three quarters of a length, while Miner’s Miss claimed third position.

Simon Zahra, training partner to Ellerton, explained that Lane had come far as a rider since moving from Western Australia, and started a prominent career in Melbourne under the guidance of the two Kennedy Oaks-winning trainers.

Lead trainer Darren Weird saddled three runners in the Kennedy Oaks with Zapurier, Verry Elleegant, and Amphitrite. Verry Elleegant took seventh position ahead of Zapurier, who came in thirteenth, while Amphitrite was the last of the three to cross the finish line.