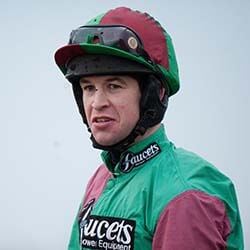 Banned British jockey Robbie Dunne has now appealed the ban as well as the finding made in the harassment case opposite fellow competitor Bryony Frost. Dunne was banned for a period of 18 months.

In front of a special integrity panel last month, Dunne denied several of the charges brought against him. He was however found guilty of having engaged in improper conduct and of tarnishing the integrity of horse racing. He had for seven months subjected Frost to verbal, physical, and online bullying. This had taken place between February and September 2020.

The independent judicial panel tasked with investigating the complaints this week confirmed that it had received an appeal from Robbie Dunne’s representatives. According to a statement released by the British Horseracing Association (BHA), the panel will now form an appeal board for hearing the follow-up sitting. The statement also confirmed that a date for the appeal hearing will be communicated in due course.

Meanwhile on the track, the £100k Sovereign Handicap Hurdle kicks off the annual Winter Million meeting at Lingfield on Friday. Several top contenders will be competing, including Grade One novice winner Metier. The star runner finished fourth in a high-profile race at Ascot before Christmas, which seems promising of a prominent return to the winners’ circle.

Also competing will be Lucky Max, who in December completed a hat-trick at Cork, as well as race favourites Le Grand Lion and Minella Buster. Both horses put up improved results the previous time they competed.