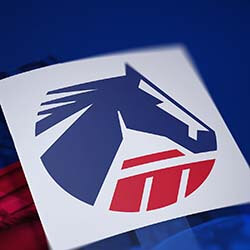 The British Horseracing Authority (BHA) has announced its decision to permanently ban prominent Somerset trainer Johnny Farrelly from the sport.

Farrelly had been found in serious contravention of several of the sport’s safeguarding regulations, including a failure to protect young persons and adults at risk, and a failure to cooperate with the racing authority. He will only be permitted to apply for a review of the BHA’s decision after seven years.

According to the BHA’s ruling and a statement by the organisation’s Director of Integrity and Regulation, Tim Naylor, British racing has no place for anybody displaying the sort of behaviour that falls short of the sport’s values of integrity, fairness, respect, and inclusion. Farrelly’s ban was handed down after a five-day-long hearing by the National Safeguarding Panel.

Naylor said the sport wished to thank the many individuals who had come forward with information and complaints via the BHA’s confidential whistle-blowing line, RaceWISE. He said the investigation had been complex and required much input and the application of crucial expertise for reaching the right decision.

Farrelly has in the meantime indicated via his own statement that he intends to appeal the BHA’s decision. He said he would not be making further comments about the hearing, but that he wanted to stress that the police investigation had been concluded with no criminal charges in relation to his conduct.

After taking out a trainer’s licence in 2013, Farrelly has trained an impressive 130 winners for jumps and 19 more on the flat.