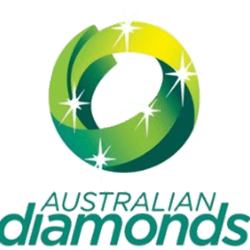 Australia’s queens of netball, a redesigned Diamonds outfit, on Tuesday night suffered defeat under new national side coach Stacey Marinkovich, falling 49-44 to the Kiwis in an action-packed Constellation Cup opener. The Aussies were beaten right out of the blocks on Tuesday, and never really managed to recover.

Tuesday night was the side’s first formal outing after 492 days away.

The consistency simply wasn’t there in the Constellation Cup opener, said coach Marinkovich after the disappointing loss, even despite the fact that there had been more than just a few fantastic passages of play. Once the outfit had adjusted to the different style of defence played by the New Zealanders, the players started playing the brand and pace they really wanted to play, said Marinkovich.

According to centre Liz Watson’s take on the evening’s proceedings, the Diamonds made a number of very “basic” errors, which ultimately saw them struggling to break through New Zealand’s defense-zone.

In the end, despite a valiant attempt at a comeback in the fourth quarter, the Australians were hampered by a case of “too late” and having too much remaining to do in the race against the clock.

Making her Diamonds debut had been Verity Charles, who played the second half in the position of wing attack. And another debutant, Kiera Austin, who had been positioned at goal attack, put on five straight goals for the national side.

The series is being played without any fans in the stands in Christchurch this week, with crowds in Tauranga re-scrapped due to a new outbreak of infections.

England netball captain Serena Guthrie has announced her retirement. The 32-year-old also announced that she is pregnant with her first child. Guthrie played a leading role in helping the Vitality ….