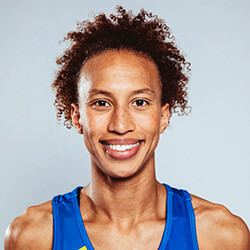 The 32-year-old also announced that she is pregnant with her first child.

Guthrie played a leading role in helping the Vitality Roses to a gold medal at the 2018 Commonwealth Games during England’s nail-biting victory over Australia.

A player for Team Bath, Guthrie is widely regarded as one of Netball’s greatest mid-court players of all time. Since making her debut for England aged only 18, the star raked in an incredible 110 caps for the national side. She starred in two Commonwealth Games and three Netball World Cups for her country.

In a statement released on England Netball’s official website this week, Guthrie said she is thrilled to be embarking on an all-new chapter in her life together with partner Bob Kersten. She also said she’s greatly looking forward to being the Vitality Roses’ biggest supporter in the upcoming Commonwealth Games in the summer.

Guthrie added that it had been only a pleasure and immense honour to have had the opportunity to represent England both domestically as well as internationally, and for so long a time.

Paying tribute to Guthrie this week had been England coach Jess Thirlby. According to the national coach, Guthrie had helped the team prepare for the Games in Birmingham in her own remarkable way. She referred to the star as the “ultimate” team player, and someone who always put the needs of her teammate before her own.

Her legacy will live on, said Thirlby.