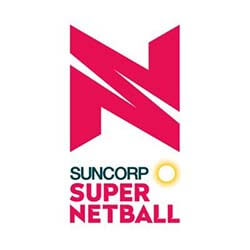 While Super Netball seems set to return to a state of normal this year, and much less plagued by calamity than what had been the situation for the better part of last year, league bosses are reportedly planning also for a worst-case scenario if indeed things were to again go awry.

The relocation of the premium netball competition to a Queensland hub last year created nothing short of a massive financial hit for the league, leaving bosses understandably cat-footed about the possibility of more upsets. But for now, the coast appears clear for the dawning of better days to come.

Although a financial olive branch injection from Queensland state government held the league over for most of last year, and relief certainly seems to be knocking at the door in terms of the global health crisis within the context of sport, various incidents across last season continue to represent a worry for the immediate future of the competition.

Not only did the recent season witness various bouts of rage over a sudden change to the rules of the game, a harrowing racism row, and even the appeals process after a controversial send-off, but there had also been a fall-out that saw former Diamonds captain Caitlin Basset bid he Aussie league good buy for New Zealand.

Even so, despite everything, the league has said it is now prepared for whatever may come – an entirely different mindset and attitude than the last year that took the decisionmakers completely by surprise.