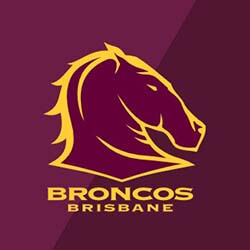 Brisbane Broncos’ highest-paid player Anthony Milford has been cut from the struggling club’s roster. Milford now needs to find a new home after this season.

Milford’s contract of $4 million with the Broncos has been terminated and he will not be joining the team next season. This comes after his future had been questioned following poor performance. He had allegedly not even performed to the standard of someone who had a $1 million contract.

While he had played a major role in pushing the team to the 2015 NRL final, he has experienced inconsistent form in recent games.

Broncos boss Ben Ikin has told reporters that there were a lot of reasons for letting Milford go. This revolved around the roster’s management as well as Milford’s expectations and the salary cap currently available. The direction of the club was also taken into consideration. It was not a simple decision to make and involved multiple factors. Ikin also suggested that salary cap pressures may have influenced their decision.

The team has also invested a great deal in Adam Reynolds and want to find a way to accommodate him within the team. Ikin added that it was time for Milford to find a new, fresh environment to grow his skills and career. No one has any doubts that Milford will battle to find a new club and will offer a lot to his new team. With the right club, he will be able to grow and succeed.

In the meantime, Milford is still recovering from surgery but will be available for selection soon.