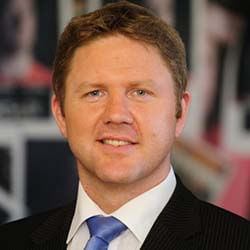 Former Wales captain Gywn Jones was full of criticism for both Warren Gatland and Wayne Pivac during a recent interview regarding the state of Welsh rugby. According to Jones, Gatland should never be offered the opportunity to coach the British and Irish Lions again. He also pointed out how the Welsh national side had deteriorated under Wayne Pivac.

Jones, who was formed to retire early from rugby following a spinal cord injury in 1997, described the Lions series defeat in South Africa as an absolute and unnecessary “disaster”. He said the entire thing had revolved around the two most “stubborn” coaches in world rugby instead of the actual teams involved. Jones said to his mind, Gatland and Pivac drove rugby to new lows – both on as well as away from the field.

While Jones said there was obviously no “shame” in losing to the Springboks, the Lions had played a poor game and one adverse to all and any risk. He said this alone must represent a massive regret to the team.

Jones had more words of blame and regret also about Kiwi coach Pivac, who started coaching Wales after the 2019 Rugby World Cup. He said while injuries had admittedly played a deciding part in the games played so poorly by Wales in November, the team appeared to be playing an entirely different game of rugby when compared to their opponents.

Today, said Jones, Wales continues to suffer from the very same worries as 12 months ago.