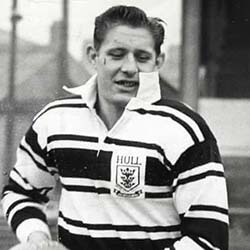 The two-time World Cup winner is absolutely synonymous with Hull FC, having played for the club his entire career long. He made an impressive 418 appearances for the club and would later go on to coach them.

In fact, Whitely coached Great Britain to their 1970 Ashes win in Australia, which remains the last series won by Hull. Whitely was made MBE for his life-long service to rugby league in the 2005 New Year honours list.

Whitely is widely regarded as the finest rugby league player ever to have represented the city of Hull, said FC chief executive James Clark following his passing. Clark said Whitely had served the club with only dedication and passion for the last 70 years. He had become part of the very fabric of the club, he added, and his absence will leave a hole in the Hull FC family.

According to rugby football league CEO Ralph Rimmer, Whitely was a remarkable player and man. Rimmer said the legendary player and coach had been a distinctive link between the very first Rugby League World Cup of 1954, and Great Britain’s Ashes win in 1970. He also commented on how players from that particular tour always refer to Whitely with immense awe and respect.

Over the course of his illustrious career, Whitely played in three consecutive Championship Finals for Hull FC. He also coached both Hull FC and city rivals Hull KR.