Clive Palmer’s Public “I Told You So” To Queensland 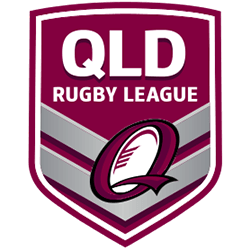 The Queensland Rugby League experienced a rather embarrassing defeat against Origin on Wednesday. Chris Palmer believes that this was largely due to the fact that Israel Folau had not been selected to play. The shocking 44-point defeat had the world of rugby abuzz and had many fans guessing the reason for this.

Folau announced his comeback to the rugby league following a stint at amateur club Southport Tigers in the Gold Coast’s A-Grade competition earlier this month. Clive Palmer has backed Folau’s return, however, the Queensland Rugby league still needs to ratify the deal. They currently refuse to sign him as a result of contractual commitments with the French club Catalans Dragons. There is an ongoing dispute with the Catalans Dragons where both parties have accused one another of breaching the contract.

Circling back to the recent Queensland defeat, Palmer has been noted as saying that Folau would have made all the difference in the game. He has even urged fans to voice their disapproval in letters to the rugby league.

This hasn’t gone down well in some sporting circles, while in others it’s been applauded.