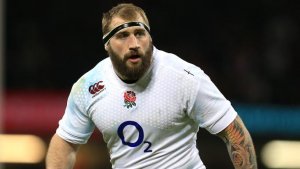 Britain’s Joe Marler has returned from international retirement and has been added to the country’s World Cup training squad. The 29 year old Harlequins prop had retired from the professional scene last year in September after winning 59 caps.

But the player has since reversed his retirement and has since been included in England’s 35 man training tram for the upcoming World Cup that will be taking place in Japan. England head coach, Eddie Jones, told reporters that he saw Joe during the Barbarians week where he indicated that he wished to return to the game. He added that they have since had a few chats and Jones has given the player the chance to come back into the national side.

Four uncapped players have also been named as part of the training squad, which includes Northampton flanker Lewis Ludlam, Bath wing Ruaridh McConnochie, Saracens hooker Jack Singleton, and Gloucester scrumhalf Willi Heinz. Premiership player of the year Danny Cipriani has been chosen alongside the others, while Harlequins prop Kyle Sinckler has been recalled after he spent a week with his club.

While they have no been officially added to the squad, injured players George Kruis, Mak Vunipolia, and Jack Nowell will continue their work with their rehabilitation in their camp. Jones is set to name his final World Cup team sometime in August, and has already removed a handful of his more experienced players, such as Chris Robshaw, Dylan Harley, and Danny Care.

No Sunwolves in Super Rugby Reboot

Although everyone involved was hopeful that the Superwolves would join the current Australian Super Rugby side of four teams, along with the Western Force, it’s very unlikely. The 10-week competition ….

Senior News Corp Executive and Former Ten Chief Hamish McLennan has just been appointed Chairman of Rugby Australia. In doing so he called on game supporters to have courage in ….

Richmond Model May Save Championship Rugby

Richmond Rugby Club has no full-time players, a model which it may serve Australian Rugby well to emulate in these uncertain times. While the Club has won promotion, it has ….

Australia to Create a Rugby Version of Love Island?

Players of the third-most-popular professional sport in Australia may well be looking at being quarantined on a luxurious island. It’s all part of a bold scheme that’s being considered as ….

Raelene Castle ONZM, Chief Executive Officer of Rugby Australia, has warned that European tours scheduled for November 2020 may have to be cancelled if the coronavirus COVID-19 pandemic shutdown gets ….