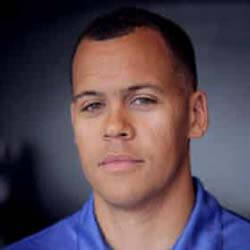 This year’s British Wheelchair Rugby Tokyo 2020 Olympic contingency will be led by a former American football player and star linebacker.

Great Britain Wheelchair Rugby recently announced that Jason Brisbane has been appointed the new chief executive for the sport. In succeeding former CEO David Pond, Brisbane is now one of the very few black people to have been appointed in a senior management position in UK sport. He’ll officially assume his new position in July.

Pond has during his term in charge shifted worlds in favour of enormous growth in the sport. Over the past decade, the Brits have come a very long way, with the team today a force to be reckoned with on the international scene, and a squad with a real hope of winning a Paralympic medal in Japan.

Brisbane has in the meantime expressed his excitement over his new role, saying the community involved in the sport at a local level is one of the most committed and passionate he’s had the pleasure of encountering thus far.

Initially from London, Brisbane enjoyed 10 years playing American football, including a year with the San Diego Chargers. This makes of him an incredibly valuable asset to British Wheelchair Rugby – especially from an international high-profile sports experience point of view.

The sport has experienced enormous growth over the past decade and today, enjoys the patronage of around 1,000 practitioners in the UK. Ever since London 2012, the league has grown from a single league with seven teams, to a total of three divisions spanning an incredible 30 teams.